Home Blog How Being a “Lifer” Can Benefit Your Career 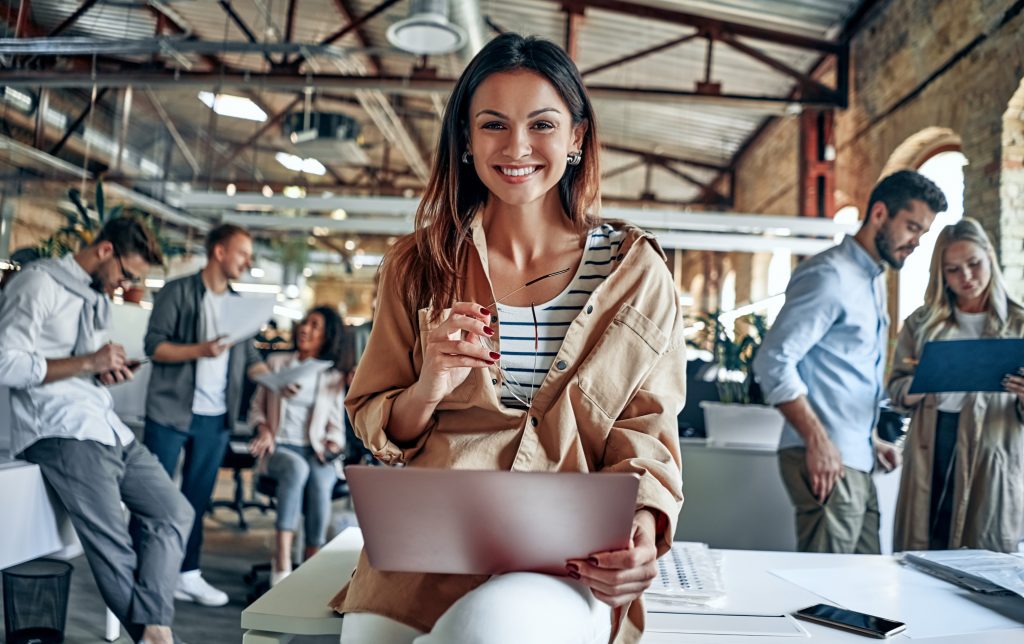 How long should you stay at a job? According to an article from Inc.com, 68% of millennials would stay at a job for three years, max – even if it’s with a company they like. Another 58% said that they’d leave even sooner.

We’re taught to be hustlers in our careers, constantly looking for how to advance ourselves in whatever our field is. Sometimes this happens through a promotion, but the statistics above show us that leaving one company for another is a common career move, more so than staying at a job for the long-term.

With job-hopping on the upswing, we have to wonder about those people that don’t switch companies? You know the ones – the “lifers.” Why would they want to stay in one place so long? Is being a lifer a bad thing?

Style Nine to Five’s Founder, Christie Lohr, spent more than 10 years working at Le Chateau before starting her own business, and she has plenty to share about her time as a lifer, so let’s dig in and see why being a lifer can be a more beneficial career move than you may think.

The Misconceptions About Being a Lifer

Unfortunately, in recent years, having a long tenure at a company has lost the respect it had in generations past. These days, being a lifer can be seen as a downfall. Although they’re not true at all, some of the common stereotypes about lifers are:

• They don’t like to be challenged and want to just take the easy road.

• They’re lazy and don’t want to put the effort in to get a new job.

• They don’t care about their career and they’re just putting their time in.

• They aren’t interested in moving up in their field. • They don’t have what it takes to get another job.

Ouch! Those are some pretty harsh opinions, and more than that, they’re untrue. In fact, there are plenty of reasons why you should consider sticking with your company.

The Benefits of Being a Lifer

Are you considering jumping ship after a year or two at your company? You might want to think again and take a look at some of the perks that come with being a lifer.

Christie didn’t stay at Le Chateau out of habit or because she had a blasé attitude about her career. Instead, she saw it as an opportunity to learn and grow, especially when it came to forming solid relationships with the people she worked with. “When you stay at a company for more than just a couple of years, you have more time to build those relationships with your co-workers,” she says. And it’s not just your peers that you’re getting tight with – the same can be said for getting to know the people in more senior positions. “You get to know the higher-ups and prove yourself, which can open doors for you within the company,” she says.

This is especially key if you’re working in a junior role. As an assistant or intern, you might not have a lot of face time to chat to the CEO or VP of your department if you’re only working there briefly, but as a long-term employee you naturally get to know the rest of the team, from the mail room staff all the way up to the company president. Being well-known around the company leads us to the point.

• Opportunities to Move Up

For most companies, hiring from within is easier than finding an outside candidate. As a lifer, senior management knows you, your abilities, and they recognize your loyalty. As a result, when a new position opens up, you might be a natural choice to move up the ladder rather than posting the job to outside applicants.

This is exactly what happened to Christie as she moved from working the retail floor to becoming a buyer, then eventually moving into a role as a recruiter. It all happened because her supervisors knew her well and saw her potential. Time spent as a lifer is a chance to keep your career on an upward trajectory, rather than just making moves from company to company.

If you work as a junior accountant that doesn’t mean that becoming a senior accountant is your only choice for moving up in your company. Take a look at the different roles that Christie took on. It happened because she expressed an interest to her supervisors that she wanted more. Because they saw her dedication, they were happy to give her new chances. “If they know you love marketing, maybe they’ll let you sit in on a few meetings to give input or be given a marketing task,” she says. If you’re vocal about your interests, doors open up for you to find a new role in your company and move around.”

As a new employee coming in, this sort of trust and faith in your potential takes a long time to build. As a lifer with a proven track record, the chances of being given more responsibility or making moves to other department are career paths that are well within your reach.

Avoiding a Rut: Tips for Lifers

To the lifers out there – or to those who are starting to see the benefits of sticking around their company – there are a few things you can do to prevent getting stuck in one place.

Doing the same job day after day, year after year, can lead to that “blah” feeling that we all want to avoid at work. Even if you’re not making career moves within the company at the moment, there’s still plenty of opportunity to keep things fresh.

“Reinvent the role!” Christie says. “I was feeling a bit stuck as a store manager so I made it fun. I created contests with the staff and fun in-store events. Was I required to do this as part of my expected duties? No, but I wanted to liven things up. Make sure you’re nurturing your other passions in the role you have.”

Christie didn’t become a buyer or recruiter because her managers were mind readers. Instead, she was able to make those career advancements because she was vocal about her passions and interests. Make it known that you’d love to learn more about design, communications, or graphic design opportunities within your company. When the time comes to fill an open position, a lifer who expresses a genuine interest is front of mind.

Whether your company has a formal mentoring program or you just take a newbie under your wing, teaching others and helping them learn and grow is a great way to keep it interesting. As a lifer, you know the ins and outs of your company, the culture, and how it all works. Showing a new hire or a junior employee the ropes helps them and entices them to stay, it helps you stay interested, and is impressive to your manager. It’s a win-win for everyone and doesn’t go unnoticed by the higher-ups.

There you have it – being a lifer can be a great thing for your career! A long tenure at a company can set you up for fantastic growth opportunities that you might not have when you’re constantly moving around. If you work at a company that you love, consider sticking it out and finding out where it can take your career.

If you’re a lifer who wants to shake things up and keep your career moving upward, or you’re not sure if you want to stay with your company for the long-term, it sounds like you could use some expert advice. Booking a Virtual Career Meeting with Christie is a chance to have a one-on-one conversation about your current role and your goals, all while gaining her expertise that’s tailored specifically for you.

By: Jeanine Gordon – Jeanine is a freelance writer and editor with a passion for creating stellar content for global brands and small businesses alike – specializing in fashion, beauty, and lifestyle.

Reach out to break out. No one is going to whisk y

Your cover letter is your opportunity to set yours

If working for @lululemon is your dream, you’re