Home Blog The Right (and Wrong!) Way to Ask for a Promotion 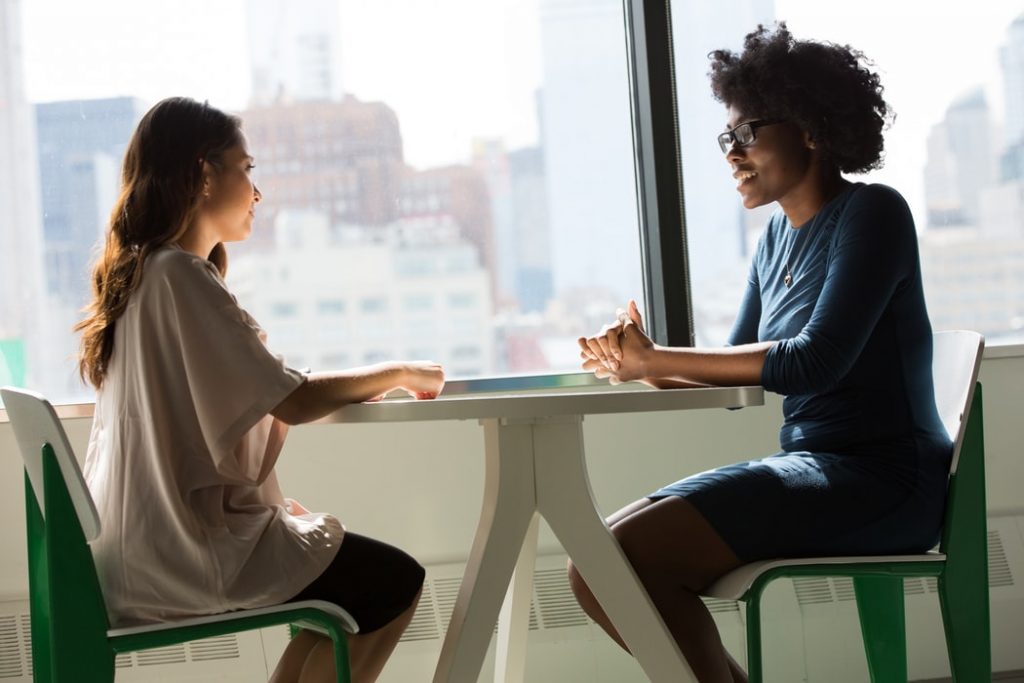 You’ve worked hard. You’ve put the time in. You’re an invaluable team member. If this is the case for you, that’s great! It’s likely time for a promotion, but a move to a higher position won’t necessarily just land in your lap. When you’re ready to advance your career to the next level, it’s time to take matters into your own hands and ask your boss for what you want.

You might think that asking for a promotion is a nerve-wracking experience, but it doesn’t have to be. With some preparation, homework, and confidence, that new job can be yours. Let’s explore how to ask for that big promotion – along with what not to do – so you can put your best foot forward and get the “yes” that you want.

Going into an important discussion like this means that you’ll have to make a strong case for yourself. Simply wanting a promotion and saying, “I’ve worked really hard” won’t cut it. Neither will, “I’ve been in my current role for a long time.” Why not? While these points may be true, you’ll need some solid facts and stats to back yourself up.

Instead of a generic pitch on why you deserve a promotion, go into the meeting armed with specific metrics on your progress and contributions. For example, talk about how you’ve grown the social media following by 30% in the last six months. Or make a concrete statement such as, “After two years working in my role, I’ve doubled our client base over the last three quarters and we’ve retained 75% of them since then.”

Numbers are your friend when it comes to making a solid pitch, so take the time to prep beforehand and go in armed with data that displays exactly what your accomplishments have been. Not only does this give your supervisor a clear picture of what your achievements are, but it shows that you’ve done your homework and you’re serious about your future within the company.

Wrong: Waiting for a Job Opening

Not every opportunity is straightforward. Sometimes you’ll know about an opening in your company, but often times you need to reach out and grab what you want, or even invent a new position that you see a need for. Sitting around and waiting for your dream job to open up could mean you’ll be holding your breath for a long time. Instead, think of the role you want and take action yourself!

Whether you’re eyeing an existing position that’s a step above your current one or you’re pitching a new role, you’ll need to do some legwork ahead of time. Put together a proposal that shows your boss exactly what your goals are and what you plan on accomplishing in your new position.

A proposal could include specific duties that you’d be doing in your new role and how you’d approach them. Or, you could outline your objectives for the first three months and what tactics you’d use to achieve them. You can also use your proposal to talk about the other people at your company that you see yourself working with in this new position. This shows your boss that you’re a team player with a clear strategy on working together.

Christie Lohr, Founder of Style Nine to Five, believes that putting together a proposal is a sure-fire way to capture your boss’s attention. “It’s all about doing anything to further give them a positive reason to give you that promotion,” she says. “If I got a proposal I would be so impressed because it shows the type of employee you are, that you’re going to put the work in, and that you really want it.”

A proposal gives your supervisor further proof that they should agree to giving you the promotion you’re after. Rather than waiting around for your boss to approach you about a promotion, put yourself forward and ask for it with a solid action plan.

Wrong: Making it All About You

While you want to point out all of your positive qualities, accomplishments, and the reasons why you deserve a promotion, keep in mind that you are only part of the equation. Sure, you’ve been working hard to prove yourself, but there should be more to it than spending the whole conversation talking yourself up.

Right: Outline the Benefit to the Company

Rather than focusing completely on yourself, remember that your boss also needs to see the value for the company if they promote you. In addition to listing your achievements, make sure you also cover what benefits you’ll bring to the company when you’re in your new role.

Describe your plans, your vision, and the goals you’ve outlined for yourself in this new position and speak directly to how you’ll help the company grow. Your boss wants to hear how you’ll bring in more traffic, how you’ll increase the reach of the existing marketing efforts, or how you’ll expand the exposure for a new product line. Showing your boss what’s in it for the company proves that you have your team’s best interests in mind and that you’re not just looking to move up for your own self-serving reasons.

Here’s what we’ve learned: get specific to give your supervisor a new job pitch that they can’t refuse. Armed with a solid game plan and detailed examples of your accomplishments and future goals, you’ll be sure to increase the odds of your boss accepting your proposal and giving you the promotion you’re after.

If you’re nervous about meeting with your boss to ask for a promotion, Christie offers both Interview Prep and Career Meetings that can help put you in the best position to have those tough conversations. Going in with confidence makes an even stronger case for getting what you want!

By: Jeanine Gordon – Jeanine is a freelance writer and editor with a passion for creating stellar content for global brands and small businesses alike – specializing in fashion, beauty, and lifestyle.

If working for @lululemon is your dream, you’re

So you’ve gotten a job offer! Next, all you have

If you’re thinking about furthering your educati